The season’s natural rhythms are out of whack

Note: This climate change advice column was originally published by our partner Yale Climate Connections and adapted for ISeeChange.

I would like to read your prediction of the effects of climate change on the traditional four weather seasons.

From a lifestyle preference, it has been nice for me to know that in the summer, there will be the warmth of the ocean. In the fall, we see the shedding of the leaves and the beauty of the trees when they’re bare. In the winter, there may be snow or outdoor sports. In the spring, we see the wonderful flower gardens that people have planted – and the beauty of that can be predicted.

I ask the question because I have some suspicion that that’s going to change in some way, shape, or form. And I don’t look forward to that. – Claude in Durham, North Carolina

There’s so much that I can say in response to your question that I’m going to break my answer into four parts. I’ll post those answers over the course of 2019 as we enter each new season.

Let’s begin with spring. You’re right to suspect that global warming will cause changes to this season. And one way to understand those shifts is to spend time with the music of Italian baroque composer Antonio Vivaldi.

“Spring,” from Vivaldi’s longer composition, “The Four Seasons,” is one of the most famous musical works of all time. It captures the season’s festive mood, rendering trilling birds, murmuring streams, and caressing breezes in musical notes. Here are the opening bars of the piece, heard here in an arrangement for four clarinets by Marco Mazzini.

Nearly 300 years after the composition of “Spring,” we’re still celebrating the season. But in most regions of the United States, it’s arriving earlier in the calendar year than it did in the past. Scientists have observed ice melting, cherry blossoms blooming, leaves emerging, and songbirds migrating earlier than they used to, to name just a few examples. This year, spring has already arrived in the Southeast and Southwest, and in many parts of those regions, it’s a few days to weeks early.

Signs of a too early spring. Bradford Pear Trees are in full bloom! Currently 46 degrees here in the county. A line of severe storms moving this way that have done damage in other states. Hoping we have nothing major.

A season out of sync

On its own, an early spring might not be a bad thing. Farmers might even benefit from the lengthened growing season.

But for many creatures, adjusting to an earlier spring isn’t as simple as changing the date of an appointment. That’s because organisms use a few different methods to calibrate their internal calendars.

An old apple tree in my yard is truly a “giving tree” especially this time of year. I see robins grabbing a quick snack during the day. At night, about a dozen whitetail deer come in to search the ground underneath for dropped fruit along with an occasional opossum. And anytime, night or day, there are quite a few elk that are also hoping to find a few frozen apples to gnaw on.

Those sorts of disputes can lead to mismatches. In the Netherlands, for example, scientists have found that the period of time when caterpillars are most abundant has fallen out of sync with the breeding dates of birds known as great tits. Meanwhile, Arctic plants are greening up earlier in the year, but Greenland caribou haven’t adjusted the timing of their migration, so they’re missing out on a tender, nutritious food source. If such species are unable to evolve quickly enough to keep up with ever-earlier springs, their populations may decrease over the long term. We’ll have more caterpillars and Arctic plants but fewer great tits and caribou.

First sign of pollen coming into the hive. You can see the light yellow blobs on the legs of the bees entering the hive. It has continued to be cold this spring so this is a full month later than last year. I assume the source is silver maple trees. They are usually the first to create pollen in this area.

The normal timing of late spring frosts may also fall out of sync. Imagine a period of unseasonably warm weather in February or March that encourages peach trees to put out their flowers.

There were already buds forming on the trees despite the cold, snowy weather that has been occurring lately in Kentucky

But then in April, a frost occurs, damaging the blossoms. The most recent National Climate Assessment warns that this scenario could occur more often in the future: “By the middle of this century, early onset of spring could occur one out of every three years; however, if the date of last freeze does not change at the same rate, large-scale plant damage and agricultural losses, as well as changes to natural resource markets, are possible,” the report says.

In the front yard of my childhood home there is a large pink magnolia tree. Every April, it buds and then blossoms for about two weeks. Slowly, its pink petals fall and coat the ground, and shortly after the tree buds again and the blossoms are replaced by green leaves, which remain on the tree through the summer. This blossoming has signaled the start of spring for me throughout my whole life. This photo is of the tree during its blossoming on a normal year. This year, the tree began to bud early due to unseasonably mild weather, with some petals even opening. Then, the temperature dipped again in April and the cold damaged the tree’s buds, halting the development of the petals. The tree never blossomed as a result of this weather change, and instead the buds became brown and shriveled and eventually fell to the ground.

With that in mind, let’s return to Vivaldi. In this arrangement of “Spring,” I haven’t changed a single note of what the composer wrote. But I have altered the timing of when each of the four voices makes its entrance, representing the loss of spring synchrony. I’ve also adjusted the volume of the voices. As the piece unfolds, some grow louder, and some grow softer, a subtle shift symbolizing changes in the abundance of species. Take a listen.

In this version, the melody is still recognizably “Spring,” but the effect is inarguably altered. The same can be said for the natural world. We still experience the season of spring, but listen (and look) closely, and you may notice that the old rhythms are changing.

I was walking in the park yesterday and noticed a lot of trees budding and some even had blossom. I thought this was quite early in the year, seeing as it’s only January

What you can do

Help us track spring changes in your neighborhood – maybe lilacs are blooming earlier than in the past, or robins are returning sooner – scientists want to know. Researchers can’t be present everywhere, so they rely on observations from people like you to better understand how climate change is affecting the seasons.

Wondering how climate change could affect you or your loved ones? Send your questions to sara@yaleclimateconnections.org. Questions may be edited for length and clarity. 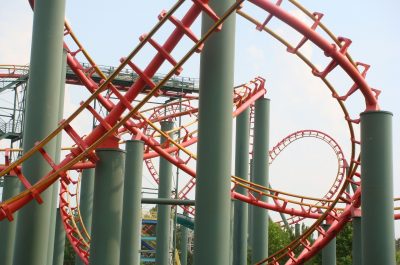 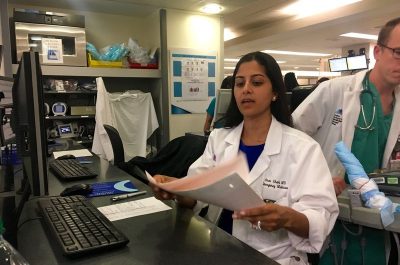 #HarlemHeat: As Temperatures Climb, the Elderly, Frail and Poor Are Put at Risk