“His allergy attack was so bad, he couldn’t breathe. He actually turned a shade of purple.” Autrey said. “When he was carried to the doctor, the doctor said the pollen did it.”

In the distance is pollen. Its a cloudy day with rain and storms expected. The pollen count is medium/high at 9.4. We have a light wind periodically which is helping to keep the pollen flying around. Weekend looks to be rainy so hopefully some relief is in sight for the people with allergies .

Autrey and her family weren’t the only ones inundated by pollen this year. ISeeChangers in Virginia and New York City also complained of a worse-than-usual allergy season. “This pollen season has been a doozy,” said Perry Sheffield, an assistant professor of environmental medicine and public health and pediatrics at Mount Sinai in New York.

In the future, climate change is likely to make allergy season even worse. And new research suggests that emergency department visits will increase as a result. Children are particularly vulnerable.

Pollen allergies are hard on children’s health
Asthma attacks are the most common allergy-related reason a child ends up in the emergency room, said Ari Bernstein, a pediatrician at Boston Children’s Hospital and the co-director of Harvard’s Center for Climate, Health and the Global Environment.

Some 35,000 to 60,000 U.S. emergency department visits for asthma may be linked to oak, birch, and grass pollen every year, according to a study published in January 2019. If emissions of heat-trapping gases continue to grow, emergency departments could see an additional 3,700 cases each year by 2030, the study found. That number could swell to an additional 10,000 annual cases in 2090.The same study found that children accounted for around two-thirds of asthma emergency department visits that could be linked to pollen allergies from oak, birch, and grass. Oak and birch pollen in particular burdened children more than adults.

“For tree pollens, the relative risk is higher for younger children,” said Jim Neumann, the study’s lead author and a principal researcher at Industrial Economics, Incorporated, an environmental and economic consulting firm. The researchers expect children will be even more likely to visit the emergency department than adults as climate change worsens allergy seasons.

Day 23 of our son coughing. No allergies on my family, but likely all the oak pollen. Our doctor said it’s remarkable how many coughs, red eyes, and runny noses she’s seeing this year. Early spring, no rain makes for tons of pollen? But hard to complain with weather like this! My kid just runs around, coughing and all, so beautiful

Sheffield of Mount Sinai said these frequent visits from children can be attributed in part to their smaller airways. “They’re more likely to have more complications,” she said. “It’s harder for children to deal with clogged airways.”

More research needs to be done, Neumann said, to understand the bigger picture of how current and future pollen levels strain health. He and his coauthors plan to conduct follow-up research to examine other types of pollen like ragweed, as well as studying health concerns beyond emergency department visits to include primary care visits and over-the-counter medicine purchases.

“We think the results could be really large,” Neumann said.

Every year I think it’ll be “better,” then I’m rushing to the nearest drug store stock up on *all* allergy meds (benedryl was already out of stock!) 🙂

I think I’m usually well into a regiment of OTC allergy treatments by Memorial Day Weekend though! Interested that I made it this far into May

Why climate change means more pollen
In a study published in 2019, Lewis Ziska, a plant physiologist at the United States Department of Agriculture, showed that rising global temperatures are already lengthening allergy season.

In Autrey’s neck of the woods, spring started early and mild this year. By late February, the first blooms broke open in her yard, and in early April, a few weeks before her allergies started, she noticed the loblolly pine tree in her yard was heavy with unusually large pollen sacs.

These are really big pollen pods on that Loblolly Pine! And the Pine Trees are full with these. So many and so big they can be seen from a short distance with no help.

Pine pollen is not typically an allergen, said Robert Bardon, the associate dean of extension at North Carolina State University, but it is an indicator of other pollen that does cause allergies.

After a few weeks of moderate (average for October) weather, mostly clouds with some sunshine, we’re having a couple of days of 20+ degrees Celcius. There is still a strong wind though & my allergies to pollen started to act up.
Location: park Lepelenburg.

With longer seasons and higher pollen production, people are more likely to be exposed to pollen, and larger amount of pollen at that.

An increased burden on the health-care system?
With increased chances for exposure comes increased likelihood for allergies, and Neumann said data shows that pollen-related emergency department visits are already increasing.

Sheffield said that despite the increase in asthma visits, she doesn’t expect worsening allergy seasons to burden health care too much overall. In part, that’s because providers have improved asthma management and have gotten better at treating it on an outpatient basis.

But Bernstein said some hospitals could experience crowding issues, particularly if they’re dealing with increases in heat-related illnesses at the same time of the year–children are also disproportionately impacted by heat stress.

What people can do
To address the problem, individuals can take precautions like changing air filters, keeping windows closed and washing their hair before bed. But, as Neumann said, “At some point you have to go outside to live your life.”

It rained two nights before this photo was taken, washing my car clean. So this is less than two days’ worth of pollen.

Bernstein said cities can help by reducing urban heat and diesel pollution. That’s because urban air quality is poorer on hot days, and diesel exhaust has been shown to make pollen more damaging to peoples’ lungs.

Wife and I both are having pollen allergies for the first time ever, I’m (probably incorrectly) blaming this tree

Paloma Cariñanos, a botany professor at the University of Granada in Spain, has published several studies on how plant species in public parks and green spaces can contribute to allergies, and has developed models to help cities understand the “allergenic potential” of a green space.

One way to limit pollen production in an urban space is to avoid planting species that are common allergy triggers. In a study of one German park, Cariñanos found that only 9% of the trees and shrubs accounted for over 21% of the allergenic potential of the park. Cities can also plant trees that have shorter pollination periods and install female trees, which do not produce pollen. (The latter isn’t a common practice, because female trees produce fruit which, when it’s dropped, can cause a mess.)

And perhaps the biggest way to lessen the growing impact of pollen on health is to reduce the burning of fossil fuels to limit climate change. Neumann’s study found that under lower-emissions scenarios, the expected increase of emergency department visits is more moderate at an 8% increase by 2090, as compared to a projected 14% increase under a high-emissions scenario.

“To really help these kids, it’s not just about giving antihistamines,” Bernstein said. “I think the more we realize that our children’s health is at stake, people are going to say, ‘We need to do something about this.’” 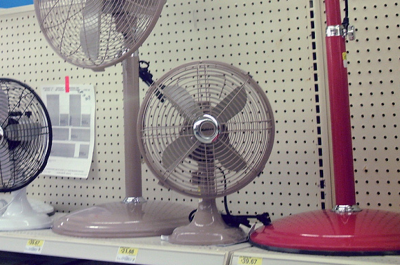