When you can’t park your car under the oak tree because it’s in danger of getting bombarded by acorns, when rakes and snow shovels are pressed into service, gathering up a whole barrel’s worth, and when you can practically see the squirrels getting fatter from your kitchen window, you know it’s a “mast year.”

A mast year is a year when oaks throw off abundant acorns, from the old English word mæst(referring to years when you could smack an oak with a stick, sending acorns to the forest floor, for pigs). Reports to ISeeChange and elsewhere suggest “masting” oaks this year are in Connecticut, New Jersey, Massachusetts, Pennsylvania, New York and Wisconsin – at least. (California’s oaks are having a poor-to-middling year, something we’ll talk about later.)

“I have never, ever, ever seen an acorn crop like there was this year. Literally, a carpet of the things,” Jean says. Nearby in Windham, Connecticut, Judy D. noticed the same thing. “I don’t remember seeing this many acorns dropping for this long in the 20 years we’ve been here.”

So did Roland A. in East Brunswick, NJ. And in Ithaca, NY, Nick T. reported that local hunters noticed the same thing – and they like how abundant food makes for well-fed game.

John L. in Independence, WI offers his own theory. “Two long winters and slow late springs built up a reservoir of pent up desire,” he writes. “2015 was a nearly normal spring with most indicators coming in within a few days of average. The oaks responded by producing a massive output of seeds.” 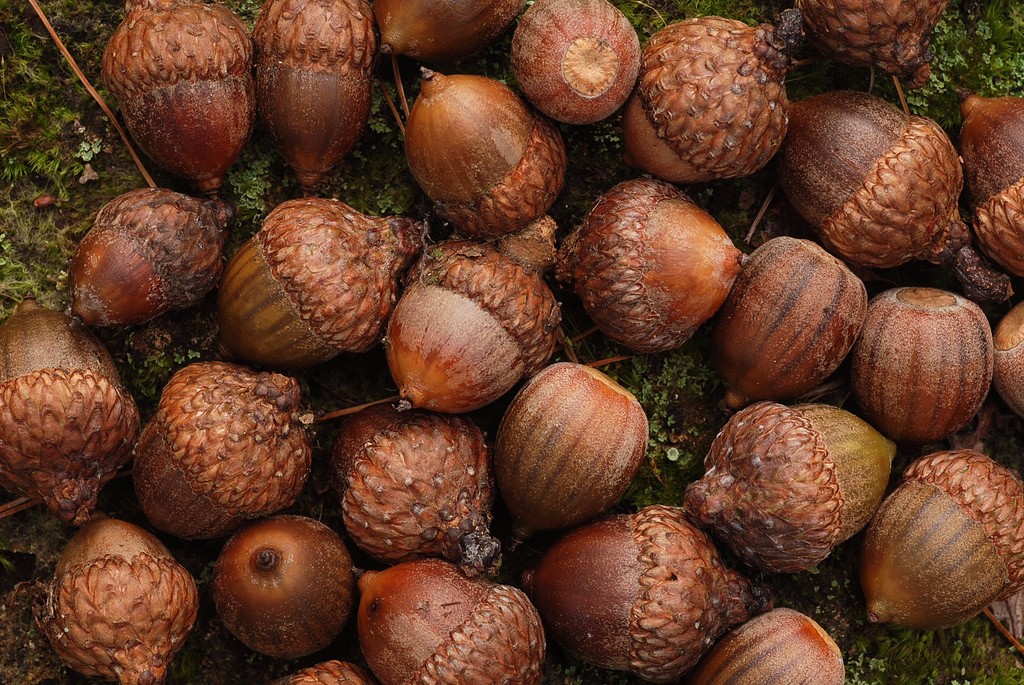 Synchronicity is part of a successful survival strategy

Mast years offer acorns a better chance of survival. Think about every time you’ve seen acorns in the mouths of squirrels and chipmunks, hoarded by mice and woodpeckers, and nibbled by deer.  (Not to mention squashed on the pavement.) When trees throw off 10,000 acorns apiece, even the greediest buffet-goers can’t get in the way of propagating oaks.

What’s really interesting is that oak trees figure out to have a big year together. A mast year can stretch across five hundred miles, for example, in a state like California, where the trees can be 10 miles apart. So-called synchronous behavior improves the odds that a tiny acorn will become a mighty oak.

Theories about the benefits masting brings oaks are pretty solid. But masting itself remains mysterious.

For one thing, oaks move slowly. They can mature and throw off acorns every year, or every two years, or more. Those California Black Oaks tend to mast around seven years apart; that’s a long time between data points. Throw in sudden oak death, development and drought and it’s hard to see consistent patterns.Changing climate does seem to influence some masting, according to limited studies in the U.S., Sweden, the Netherlands, and New Zealand. Spring rain and temperatures seem to signal oaks into reproductive action, which begins with a bloom.

We’ve already talked about how ISeeChange observers noticed warmer temperatures in season creep and in blooms out of season. In Britain, citizen scientists have noticed that when blooming oaks are out of sync, the acorn crop for those matured oaks is more meager. Zoologists and other scientists interested in California oaks believe something similar might be at play.

At  the University of California’s Hastings Reservation in Carmel Valley (and up and down the state) research zoologists Walter Koenig and Jean Knops have been studying oak acorn production for 35 years. In one species of California Black Oaks, trees toward the northern end of the state throw off crops of acorns that are smaller and more variable than more southerly oaks. Scientists suspect that temperature variability may be a factor, as well as soil moisture. And in California, at least, those are growing concerns.

Meanwhile, this year’s masting is a preview of coming attractions: where you’ve seen an acorn carpet, you’re likely to see more animals, and fatter ones, invasive and local, nuisance animals and game. (Not to mention diseases they carry.) So keep an eye out: this year’s thunk! on your car could mean fat squirrels come spring. 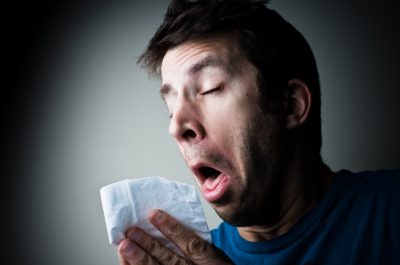 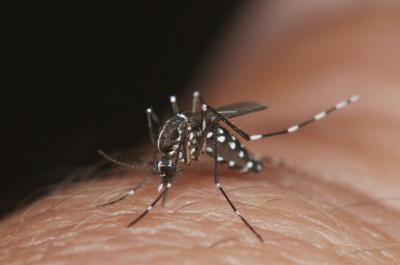