During December, Eliot Walter noticed mosquitos in Lexington, Kentucky. Twice. Of course, it wasn’t just skeeters and the bites they bring: Lexington had flowers in bloom, and worms near the surface of the soil.

“Weather or climate?” Walter asks. And, “This winter, I believe, is anomalous, but the trend is for a warmer world…is the Atlantic surface temp affecting this winter’s North American weather?”

What’s to blame for winter mosquitos?

In Woodruff, South Carolina, Anna Abney was working up a sweat doing her farm chores in a tank top…and getting mosquito bites. “This is ridiculous,” she wrote.

Moisture and temperature are two big factors North American mosquitos consider when making a home. Those factors are changing on a warming planet.

In Kentucky, mosquito season usually dies down around October. But this year, even though conditions in the fall were somewhat drier, warm temperatures and rainfall conspired to create another unexpected bloom of mosquitos.

And where temperatures don’t dip below freezing, storminess brought by El Nino has the potential to create more mosquitos.

A few months ago, Kentucky’s state climatologist predicted Stuart Foster predicted just this sort of winter. “The El Niño that developed last spring is taking shape as a rather strong event,” says Foster. “This year is likely to be very interesting.” 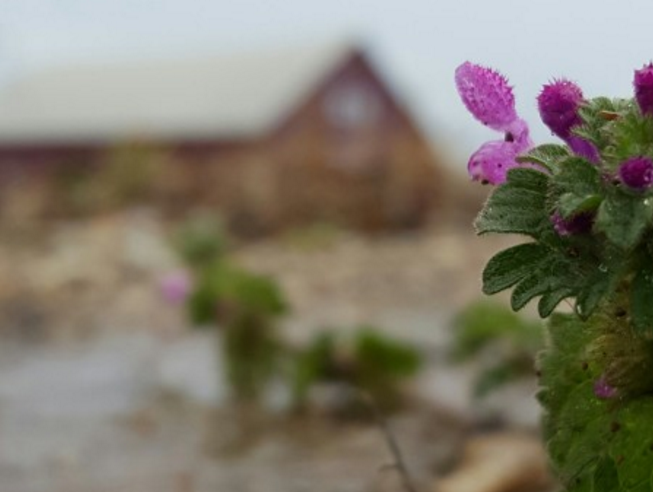 Foster says in Kentucky, El Nino isn’t the only driver of warmer temperatures. Another climate phenomenon called the North Atlantic Oscillation – a kind of approximation of the polar jet stream – is strong, and it’s probably helping to keep things mild.

The NAO is an atmospheric phenomenon describing tension between two air pressure systems: a kind of see-saw between a permanent low-pressure system over Iceland, and a high-pressure system near the Azores Islands in Portugal. The relative strength of these air pressure systems changes how air flows over the planet, and when the NAO is strong, cold Arctic air doesn’t dip down over the eastern United States and Kentucky. That North Atlantic Oscillation, the see-saw atmospheric system we just described that’s keeping Kentucky’s winter mild? Climatologists have observed that see-saw getting more, well, see-sawish.

While strength of the NAO isn’t directly attributable to climate change, the swings between very mild temperatures and blasts of frigid Arctic air are. To put it another way, the weird winters we’re seeing in the Eastern U.S. might become the new normal.

So what does this mean for mosquitos? In the long term it appears a changing climate is good news for North American skeeters.  As record lows become higher, the cold-weather signals that shut down mosquito breeding are harder to come by.

The typical advice on mitigating mosquitos is to watch out for standing water, conditions that make it even easier for the bloodsuckers to thrive. Public health officials are keeping their eyes on mosquito blooms like the one Eliot Walter saw for another reason now: invasive mosquitoes associated with deadly disease.

The usual North American mosquitoes have new company: Aedes Aegypti, also known as the yellow fever mosquito, and Aedes albopictus, also known as the Asian tiger mosquito. These mosquitos aggressively bite during the day, and they can breed in a capful of water, according to officials monitoring their spread. In Lexington, Kentucky entomologist Dr. Grayson Brown saysmost bug bites come from Asian tiger mosquitos, and they cause the worst itch.

But an itch is the least of it. All around the United States, the threats of mosquito borne diseases including Dengue fever and chikungunya are on the rise – in part because mosquitos are doing well in a warming climate.

Eliot and others in the Eastern half of the United States may be getting a break quite soon from bug bites. A coming cold snap might swing the see-saw again soon, stopping winter mosquitos for the time being. 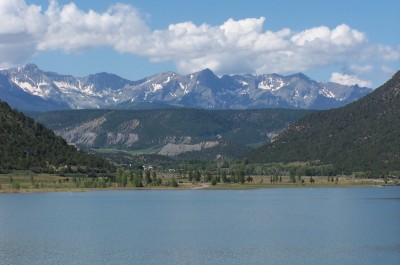 Is the range for bluebirds changing in the Rockies? 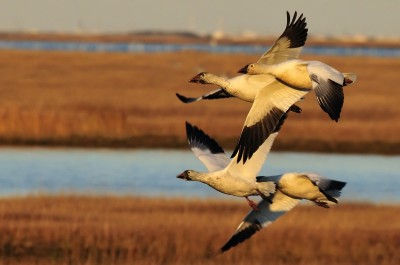