Around ISeeChange it’s looking a lot more like Caddyshack than Groundhog Day.

We’ve got nothing but love for Punxsutawney Phil, and for Bill Murray’s classic 1993 movie. Still, here’s the thing: groundhogs seeing shadows are just terrible predictors of seasonal change. Worse than coin flip awful. It snowed hard on Bill Murrary’s Phil Connors, and the only reason time marched on in that movie at all was the “Buddish” outlook of its director.

But consider the gopher who bedeviled Murray in Caddyshack. (Get inside his pelt, and crawl around for a few days, if you will.) That guy spends all of his time underground, digging tunnels and making burrows and eating your plants and trees.

There’s one I’m tracking in California, at a friend’s house. He’s slowed down this winter, we think; even here, soil is colder and drier and generally harder to tear through. Warmer weather and warmed-up soil will put him on the move again, and that’s when he starts breeding. But when? It could be soon, because over at ISeeChange we’re seeing possible signs of spring.

Is sap rising in maple trees?

In Columbia, Connecticut, Judy Donnelly has noticed tubing strung to collect maple sap in neighboring towns, a few weeks early. “it’s been cold at night and in the 40s and 50s during the day,” she writes. “It’s been very dry too, only one snow storm so far.”

Which flowers are blooming?

Warm December meant that we saw a lot of blooms, particularly in the Northeast, that we didn’t expect. In Peoria, daffodils sometimes poke up through snow, but really, they’re harbingers of spring. Mary Peifer tells us it’s weird to see them poking up through mulch in late January.

Are you seeing insects you don’t expect?

In Westford, Massachusetts, Tim Brothers is seeing deer ticks – “while youngish, they were not nymphs, so they must have hatched in January!”

Phenology is the timing of annual events. real soon, that means the spring greenup. It’s a great indicator of an ecosystem’s response to a suite of environmental variables, most notably climate.

We’re keeping track of this mild winter to see if it turns into an early spring. We’d like your help.

Are fresh water turtles coming out? Can you smell dogwoods? Are the tree frogs trilling? Are the mallards coming back? Are the woodpeckers banging away?

Maybe you can smell the change in seasons. I’ll spend the rest of my life trying to describe the recipe for spring in south Louisiana, part rain, some grass, ozone, above all the peaty marsh, waking up with acidophilus vegetation, a smelly-feet smell so rich I can taste it.

And what you’re seeing might suggest another hidden phenomenon. A phalanx of white-footed mice one summer could mean extra tick danger the following year. If you’re seeing a lot of grasshoppers out there, like our Colorado observer who had one land in her lap, they don’t just signal luck; they might be able to tell you something about the population of their predators.

Carl Spackler was a phenologist, he just didn’t know it (probably because he was smoking all of that Kentucky bluegrass-featherbed bent, crossed with Northern California sensemilla). But we’re grateful that you do – and that you share your observations with us. Spring might be creeping up on us, so let us know what you’re smelling, seeing, hearing and touching out there. 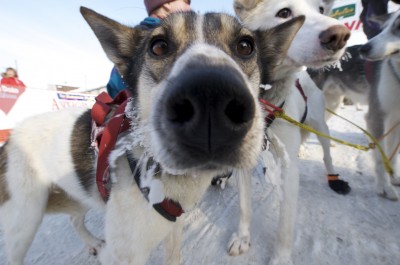