Julia Kumari Drapkin, ISeeChange’s founder, has reported a story about the way that changing climate conditions in Honduras have driven two brothers to make very different choices about their lives. She met Noel Martinez in the Broadmoor section of New Orleans:

A river of moisture from Central America that meteorologists nicknamed the “Mayan Express” had been hosing down New Orleans with rain. When I asked why the men opted to work in such terrible weather, they told me they don’t rest for this kind of weather. Noel chimed in from the stairs.

“[In Honduras], there isn’t work because there isn’t enough rain,” Noel spoke with me in Spanish about his home country.

Not enough rain, for a long time now. That’s why he’s here.

And that’s how she learned of Noel’s brother, Alcadio:

Alcaldio doesn’t have a doctorate and he’s never heard about climate change, but he knows his hometown and the difference between today’s weather and tomorrow’s climate. A single storm, this one season’s sigh of relief, can’t erase the longer-term risks of living in an unpredictable climate.

Now the pine trees are gone — thanks to beetles and extreme heat — and Alcaldio worries his hometown is becoming a desert.“In the desert there are no trees, everything is barren, there is no shade…no deer, no snakes, no birds, no other animals, it’s like nature is no longer there. It’s destroyed.”

Listen to the entire story at WBEZ’s Heat of the Moment site. 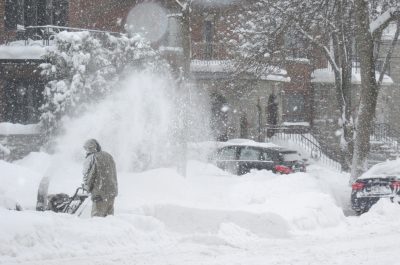 Wilder Winters: How a warming Arctic may be driving snowstorms and cold on the East Coast 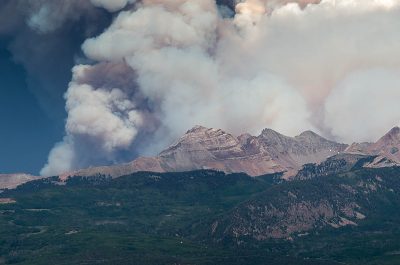