Late last month, Typhoon Nida was traveling toward Hong Kong – while at the same time preventing people from sharing the journey. Hundreds of flights were cancelled. Bus, tram, and ferry routes, all suspended. Everyone was sort of holding in place – and so was the air.

Ginger Macqueen noticed and told ISeeChange. She loves living in Hong Kong – “a beautiful place,” she writes, “despite the air quality at times.”

As Nida approached, Macqueen says, the air quality was getting worse.

8/1/2016 Typhoon Nida is expected to slam into Hong Kong tomorrow, Tuesday at 5AM. Typhoon signal 1 was raised last night and signal 3 is expected to be raised at noon today. It is possible Nida will change her mind and go in a different direction but the city must prepare for the worst. The haze is getting worse as the storm edges near. Off in the distance way past the bridge is Hong Kong island but it is completely obliterated from the pollution haze. Right now it’s 30C (86F) and 80% humidity. HK Air Quality is reporting only moderate pollution levels but you can see from my picture that the air quality is pretty bad.

Why does the air swirl with smog before a typhoon?

Well, air quality isn’t always great in Hong Kong anyway. Its pollution exceeds World Health Organization levels, a problem many residents blame on Beijing and the mainland, but one which is also rooted in growing traffic congestion and more cars on the road locally.

That chronic pollution is a big part of why thick heavy smog has long been a predictor of typhoons in East Asia. Extreme weather doesn’t create the pollution; the air pressure around tropical storms and typhoons just makes it worse. People really notice typhoon smogs, probably because they’re such a contrast: Hong Kong skies are often cleaner and bluer in summertime compared to other seasons, mostly because southern winds blow in less pollution, and sea breezes dispel what pollution hangs around. But rising temperatures are a catalyst for cooking local pollutants into smog, and when a typhoon is near, the lack of wind before the storm sort of seals in the bad air.

Ginger Macqueen believes bad air sometimes makes her sick, so she takes steps to fight sore throats and bronchitis. “We have an Alan air purifier in our bedroom, which has helped.” But she still has to take her dogs out every day, “rain, shine or smog.”

Changing climate is making it hard to predict typhoons, and, as a result, pre-typhoon smog. In Hong Kong, rising temperatures raise the risk of smog over time. But trends in typhoon and hurricane intensity are hard to pin down.

And it turns out, overlapping climate-driven changes may be why. In a new study, scientists who interpreted future and recent historical trends suggest that rising smog pollution may be masking a second phenomenon, a rise in climate-driven extreme weather.

Half a world away, in the Atlantic Ocean basin, American and European policies have limited aerosols – incredibly tiny pieces of airborne pollution – for more than forty years. But it’s still up for debate whether that policy shift has influenced another trend – increasingly intense tropical storms and hurricanes.

Untangling complex and overlapping trends is complicated, even for scientists. But our ability to do so starts with observation. And that’s where you come in.

We value what you see because we believe our observations grow more valuable when we share and combine them. As always, you can check out other peoples’ sightings or share some of your own here. 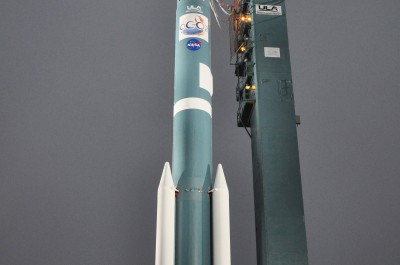